25 March 2016 – Following a request of our API partner Germanwings, we have now changed the name and code of this airline in the Pyton Flight Portal into ‘Eurowings‘ (EW). The Eurowings brand is a newly established, independent low-cost airline modelled on its successful partner Germanwings. The flights will be operated by Eurowings itself or by its partners, for example still operated by Germanwings, but in the Pyton Flight Portal the airline Germanwings is no longer available as an individual carrier. Lufthansa has set the goal to make Eurowings the third largest European lowcost airline brand, after Ryanair and Easyjet. 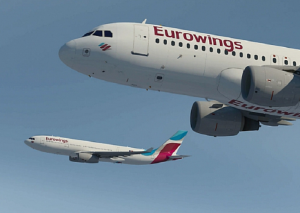